Ease of Movement and Flexibility

We were born with enormous motor potential. In our youth we jumped and ran, climbed and crawled, activating the body in a nearly endless variety of creative movements, a state of being that is rather enviable.

Over the years, after we had “conquered” what were important motor goals we’ve had, the process of movement development slowed down and eventually it came to a halt. Most of us do not generate new and creative movement abilities as we grow older, indeed, quite the opposite.

In most cases, the huge potential of movements we had produced in our childhood gradually diminishes as we move into adulthood. The movement corridor becomes narrower and narrower and, for most people, as they get older, it becomes composed more and more of linear and short-range movements: sitting, standing, walking and … in many cases that’s it.

The Process of Growing Rigidity

Along with the attenuation of movement diversity, anywhere between our 20s and 30s, most of us begin to experience a growing rigidity in our bodies. Over the years it has developed and even worsened. I call this phenomenon the Growing Rigidity Process. It is akin to a malady whose symptoms worsen with age. The process makes us locomote more heavily, we become more and more bent and rigid and we suffer from an ever-growing pain intensification.

The way to stop the exacerbation of the ensuing rigidly, even turn around the course, is by creating a routine of soft, a creative, attentive practice that is painless and effortless, that would improve posture and ease of movement quite easily.

The ensuing process, as if on its own accord, restores movement abilities to the body that have been lost over the years. Elegantly. With no tension, strain or pain.

While many complain that over the years their bodies have become heavy and inflexible, it is not really age that is to blame, it is the drill. A gentle and benefiting movement that nourishes the muscles and joints – if done wisely and accurately – can rejuvenate us, as we experience movement. Provided that we surrender to the process, even in the case of young individuals, as had happened to Michal, who returned to running with almost no pain at all, at the age of 50 (only at the 15th kilometer…). 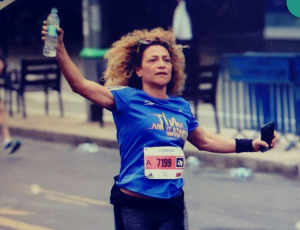 Unsuccess Is No Failure

Movements used in a Softness Method practice is taken from a toddler’s world: The toddler crawls, rolls, brings its hand or foot to its mouth, plays and explores; most importantly, it does not see unsuccess as a failure. Instead, it just moves on. If it falls, it simply gets up. And no matter how many times it would happen, it will continue to patiently and curiously explore its body and its potential motor activity.

Straight to the Circus! [Image on the side]

We were taught that in order to develop physical flexibility one has to stretch. The truth is that muscle stretching is just the more familiar method of developing flexibility. Stretching is a power approach, some would even refer to it as being violent towards the body, which could even be harmful. The second method of developing flexibility is not painful or harmful yet it is no less effective. The latter method fosters flexibility utilizing a completely different way: through release and relaxation. A loose and relaxed muscle is a long muscle.

If we give up performing as if we were a ground gymnast (with the accompanying injuries …), we’ll discover that it would suffice for us to simply release contracted muscles to enable us to feel flexible enough to bend to the ground and easily pick up  an object, put socks on, close and open a bra and be independent in all our other daily movements, whatever they may be. Moreover, if we commit to a more meaningful process of developing flexibility and practice more, we can also restart dancing and power-exercising (aerobics, for instance). That is exactly what had happened to Anat Simon, who resumed attending a circus course thanks to the benefitting practice mentioned here. Here is what she wrote to me:

The ‘Bad Girl’ within

Sometimes, an intense and inexplicable urge enters our awareness, pressing us to stretch and vigorously so. Usually, after a long while during which we were rather inert, for instance, after sleeping or sitting for a long time without much movement. This urge expresses the stiffness that has accumulated in our body. The more we practice and free our bodies from such rigidity, the lighter and more flexible we would become, thanks to the gentle practice of the Softness Method. That urge to stretch, the ‘bad girl’ within us, would, once we commence exercising, disappear on its own accord.

The most pleasant way to produce such ease of movement is through soft, compassionate, attentive and wise practice. The most significant experience students report is of a heretofore unrecognized ease of body movements and a sense of lightness. A sensation akin to flight, of the body: A long-forgotten sense of pleasure, something they had experienced a very long time ago, perhaps not since they were kids.

If without stretching or pain, effortlessly, one can improve fitness, posture, flexibility and ease of movement, even decrease and eliminate pain along the way, what are we waiting for? For a peek at the Softness, the Strength of Physiotherapy and Feldenkrais Combined program, for individuals who wish to improve ease of movement in a soft, creative and attentive practice, click here.

Most of the important studies on the effect of Feldenkrais practice (which, along with physiotherapy, is the basis of the Softness Method I have developed), have been conducted on elderly population (65 and older). The positive experiences of my students are also recognized by the best researchers in the field and have been documented in research papers found in the U.S. National Studies Library, The Med Pub. One of the relevant abstracts can be reviewed at the link, below.

Studies have identified increased flexibility accorded practitioners as they learned awareness through movement. In a study of neck flexing among normal subjects, a significant increase in the amount of flexion, following a one-hour class, was demonstrable. Likewise, significant positive changes in muscle activity in the torso muscles were also observed.