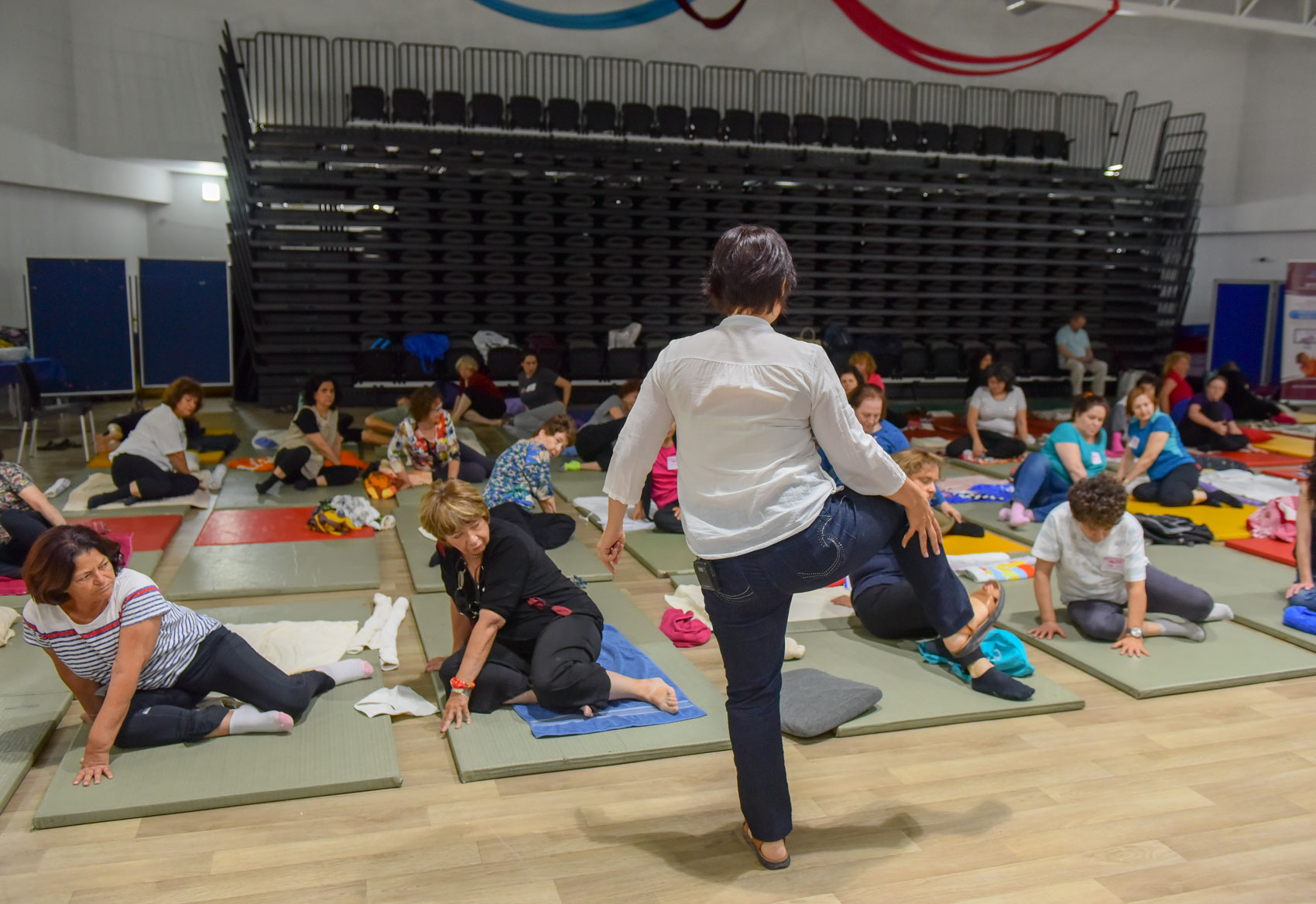 Why should I do exercises if the doctor explained to me that this is the case?

I come across quite a few questions such as this one: “If I was diagnosed with a certain problem (a herniated disc for example) why would I even bother to look for solutions that seemingly do not exist?!” (All that ​​according to the doctor.)

An extended version of that question is: “The disc is herniated. The damage has already been done. Evidently, there is no solution for such condition, except perhaps surgery (with all the dangers entailed). Isn’t that so”?

My answer, based on over 20 years of experience in treatments and training, is: There is more to it than meets the eye.

I’ll first say that the same herniated disc can either produce symptoms of pain or it could just be painless (this fact has been established through numerous studies). If that is the case, is it correct to claim that such condition is irreversible? When, in fact, it can change several times a day, if not more?

If the symptoms decrease and even disappear during the day, sometimes even more frequently, is it not conceivable that they could fade out for ever-growing periods of time until they disappear altogether?

The answer is yes; I’m telling you that with utter certainty — it’s possible!

We inadvertently load the body with deeply ingrained motion habits that end up producing a lot of causes of pain. The same herniated disc can therefore manifest itself in a wide range of symptoms (pain, numbness, pressure, a burning sensation, etc. and shift from one location to another in the body), for instance, when we have a herniated disc (be it a cervical or a lumbar one) and we spend long hours sitting in front of a computer. Our sitting style must be adapted to the problem, in this fashion:

The keyboard or laptop should be pushed deep on the desk’s surface, away from the user, who would lean forward, with most of the forearm on the desk’s surface. Do not allow the forearms to be suspended in the air so that the trapezius muscles (the muscles between the neck and the shoulder) won’t work too hard. Next, it would be fitting to move the back occasionally in banana-shaped movements but not only.

Sometimes such a small-scale adjustment, stemming from a deep understanding of the human body, can reduce and even eliminate symptoms of discomfort or pain completely. And so, the same problem that was diagnosed as a permanent one, gradually becomes so marginal that it actually disappears. Disc herniation may persist, however, it would become irrelevant or, in professional parlance, it would become asymptomatic.

The tendency to attach categorical importance to a physician diagnosis, with or without radiological findings (e.g., X-ray, CT or MRI) should be reconsidered and re-examined in different of ways and forms.

Studies show that in only 20% of the cases there is a correlation between a person’s complaints and his X-ray findings. This means that in the other 80% there is no such correlation. Thus, even if the doctor sees in the tests some type of damage or another, we would experience pain differently than expected. At times it won’t hurt at all. In that case, we will be numbered among the 80%. It is clear to me that the studies mentioned above undermine most diagnoses and that is a good thing.

A diagnosis is not a court sentence. The very same problem can hurt more or less or not at all. Everything is possible, and it all depends on our mobility, especially in relation to the upper back and chest.

Learning to Date in Europe – Paradoxical Anticipations For American Men

Precisely what is Online Dating?